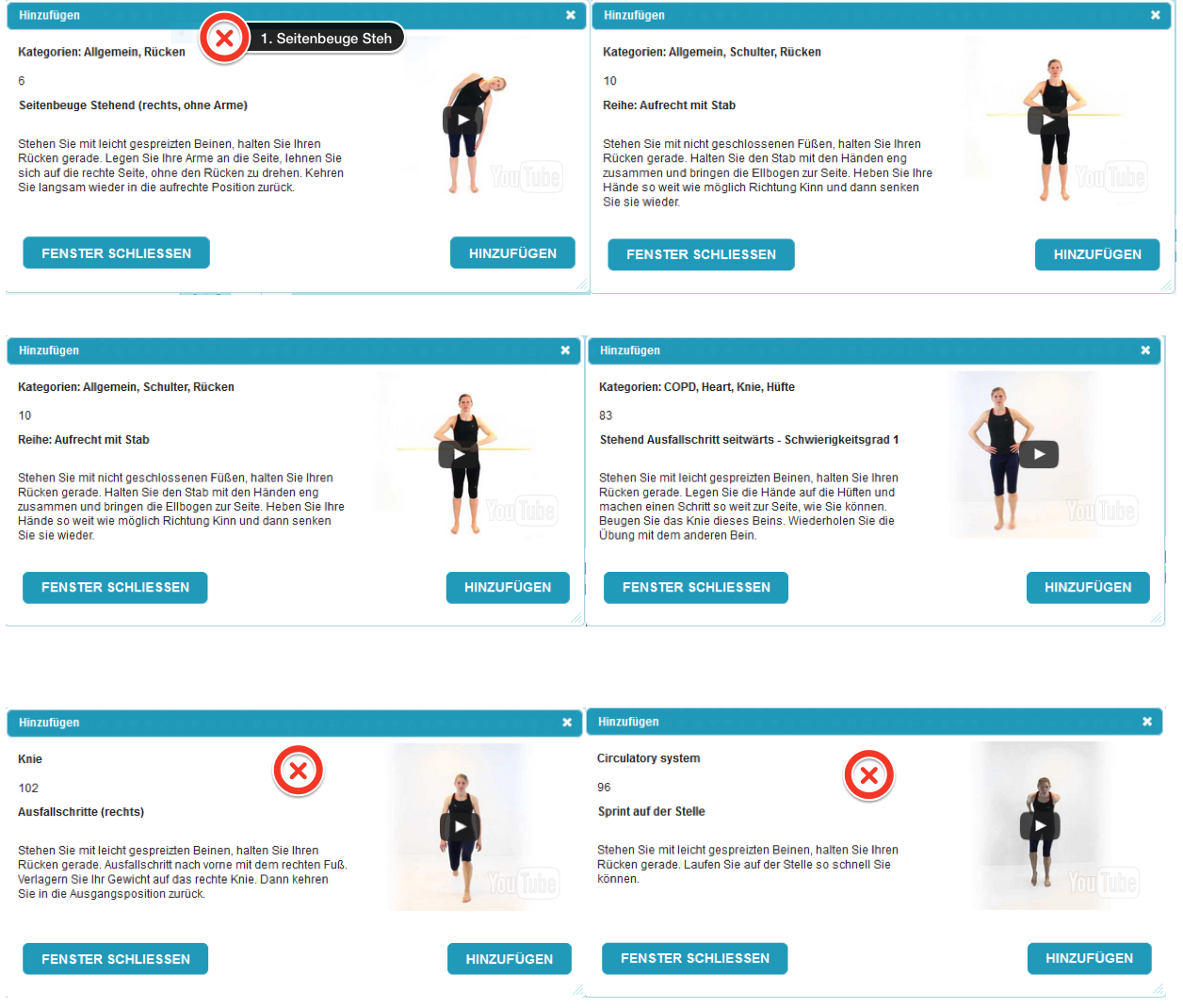 The first work package during the implementation phase was to create a study design for the project. The aim of this task was to plan the data collection in detail. The project team members defined the study environment, the variables of the examination, the sample size, the subjects, the operationalization and the analysis method. To determine the operation, indicators (e.g. questionnaires) were necessary.

The goal was to examine the technology acceptance of a Kinect-based rehabilitation system. Therefore, the main focus of interest was the dependent variable behaviour intention to use (BIU). Various papers from the literature review showed that this variable has a high explanatory power for the actual use of information technologies.

With these variables, we created a survey including 42 statements that had to be answered by our participants – which were exclusive praticing pyhsiotherapists and students. Before this, they had to test a compiled virtual training-program from Welfare Denmark. We created a programme for the therapists, so that they can understand the system and are able to rate it and score the statements in the survey. 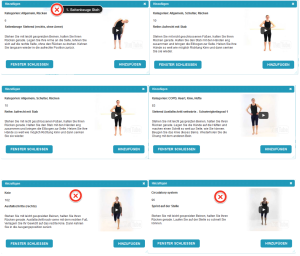 The development of this questionnaire was one of the main work packages within the project. It took the most development period in the second semester. The implementation of the questionnaire has been executed with the online survey tool Unipark. After a brief introduction including a declaration of consent, the participants has been asked for demographic data and after that, our into German translated statements. We used a semantic seven point scale nomenclature that reached from 1 (“Stimme nicht zu”) to 7 (“Stimme voll und ganz zu”). 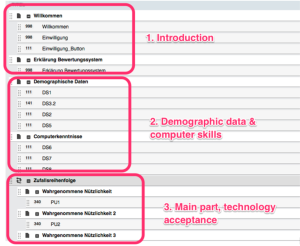 From mid of June, when they survey has been closed, we evaluated the whole process and began analysing the data. Here are some preliminay results about emotions (sum of 12 statements from groups “technology anxiety”, “technology scepticism” and “couriousness”). 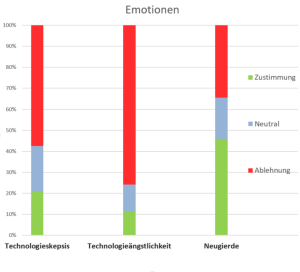 On the whole anxiety and scepticism seem to be little, while there is more agreement with statements concerning curiosity of Kinect-based system. For further evaluation and anaylsis of the results more time will be needed to do these steps. The most of the data is still raw and has not been illustrated yet. Especially results from the calculation of possible correlations between various statements and demographic data seem to be interessting to come to further conclusions and to confirm our hypotheses. 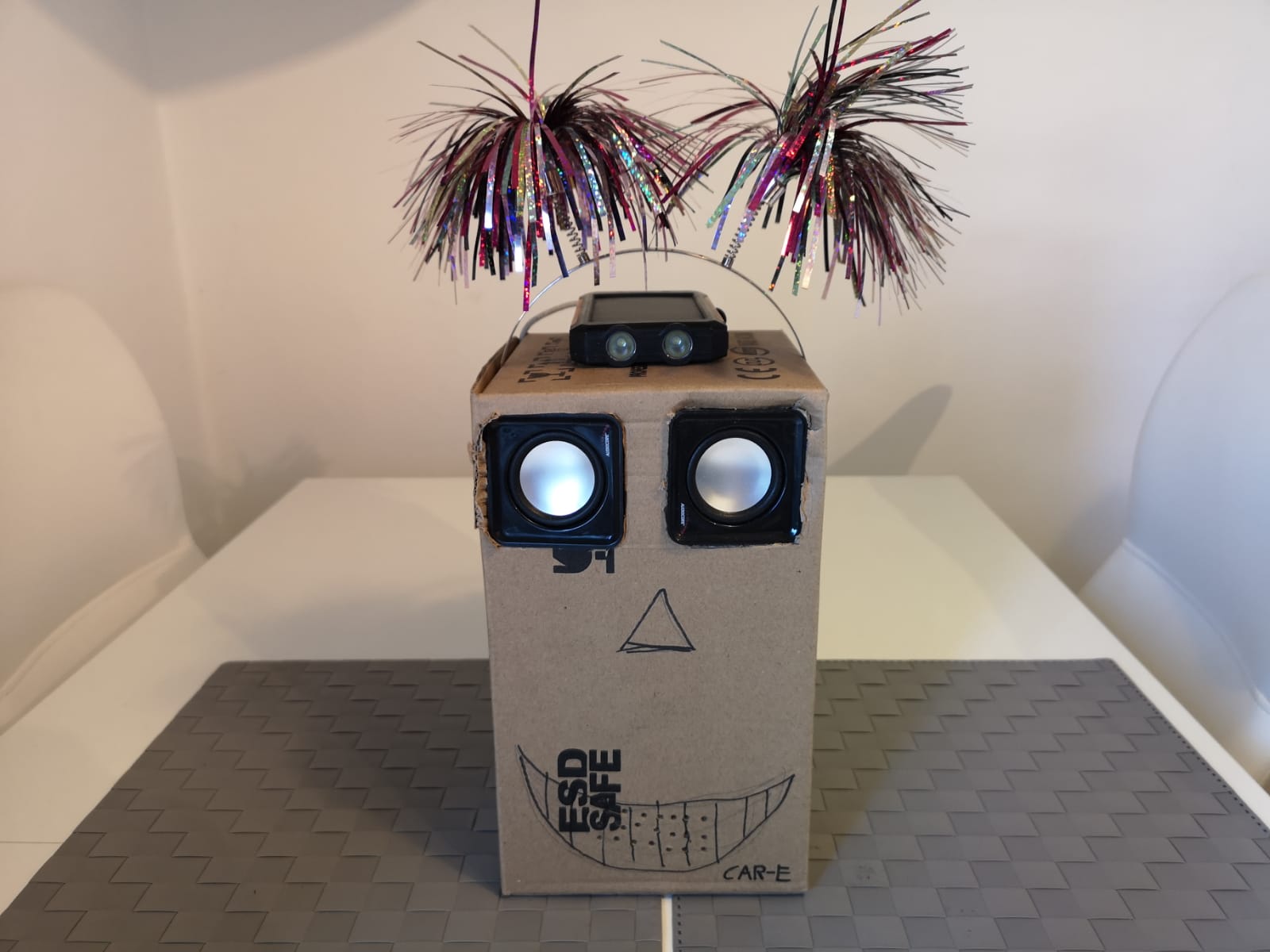