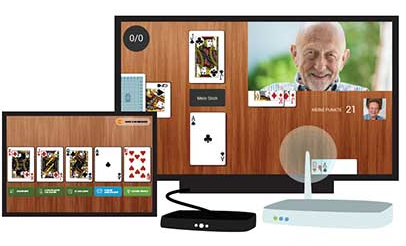 While ICT has a huge impact on everyday communication
and social participation, elderly people struggle to
overcome technical barriers such as complex interaction
with devices and services. With BRELOMATE their
own TV becomes the center of gaming and video communication.

The inexpensive home setup consists of three potentially available
devices: a TV plus set-top box, an internet router and a tablet.
The BRELOMATE second screen tablet app is a control unit
that interacts with a set-top box for game visualization and live
communication.

Ten retirees between the age of 61 to 83, who enjoy
playing the popular Austrian turn-based card game
Schnapsen, participated in the usability tests, which
were conducted at their homes as well as in the usability
lab.
Results show that the first-time tablet users were playfully
introduced to second-screen gaming. They quickly
engaged in real-time video conversation as shown
in tests that lasted more than 30 minutes.

maybe your project this term?!  brelomate.fhstp.ac.at/ 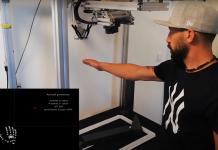 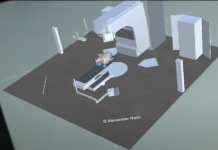 For Students - HOW TO ADD A SHOWREEL PROJECT (DE)